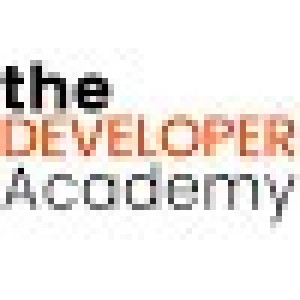 If you are looking to build a career in tech, you have probably heard about data science or data analysis, after all, they are considered by many to be the job of choice. It’s the glamour and glitz of the tech world right now.

While they are often grouped together, they are different roles. We will be outlining the differences between the two job titles and what you need to do to land your first role.

So, what’s the difference between a data analyst and a data scientist?

Perhaps the simplest way to differentiate the two roles is to think of it this way:

Quite often, people who start their career as an analyst will have their sights set on moving into a scientist position at some point down the line; although this is not always the case.

What does a data analyst do?

A data analyst will take a ream of data and interpret it to find key patterns or points of interest (such as reasonings behind a sudden drop or increase). They will then create visualisations or reports to explain their interpretations to others within the business.

Data analysts are referred to as:

So you can see there are plenty of pathways you can take with this type of career.

What is a data scientist?

Similar to a data analyst, a data scientist will interpret data and deliver their insights or potential actions to other team members.

Unlike an analyst, a data scientist will go through the process of collecting and cleaning the data before any interpretations are made. Additionally, they may build algorithms and predictive models and design experiments. This role often involves heavy coding that aims to resolve complex issues.

Choosing between data analysis and data science as a career route

So now you know the main difference between these two roles and a basic understanding of the tasks you will undertake in either position, you can start to build a picture of which would suit you the most.

The daily life of a data analyst

Day by day, you could find yourself doing any of the following tasks:

You will usually be expected to work the traditional 9am to 5pm, Monday to Friday; however, there is potential for flexibility the higher up the ranks you climb.

The daily life of a data scientist

Alternatively, as a data scientist, your daily role will include:

This role could be more flexible in regards to remote working; however, the typical working hours tend to span 8am to 6pm Monday to Friday. There are also occasions where you may have to work outside of these office hours, including weekends.

Salary expectations could play a considerable role in deciding which position you would like to aim your career towards. Remember that salaries vary depending on location and levels of experience. The salary ranges mentioned below are averages and are not specific to any particular areas within the UK.

How to become a data analyst

If data analysis has won your heart, the next step is to find sufficient training to set you on the path to success. A lot of employers in the market for an analyst usually prefer candidates to hold a degree, although the subject studied doesn’t have to be specific to data analysis.

There are also courses you can take, like ours, that not only give you the knowledge required to hit the ground running, but will also leave you with a portfolio you can take with you to interviews to showcase your talent.

How to become a data scientist

Similarly, a degree is typically required to get started in this sector. Some undergraduate subjects worth studying include computer or data science, engineering, maths, statistics etc.

You’ll also need a good grasp of programming, which you can learn through our bootcamp.

Whichever option you choose, there are plenty of opportunities available right now.